After studies in Mechanical and Environmental Engineering at Bucknell (Lewisburg, PA) and Cornell (Ithaca, NY) Universities, he attended Columbia University in New York City for Pre-Medical studies. This was followed by Medical School at the University of Texas Southwestern Medical School, Dallas, TX. and residencies in Neurology and Neurosurgery at the University of Florida, Gainesville, FL. Additional studies included a Student Fellowship in Cardiology at the Radcliffe Infirmary, Oxford and a Neurology Fellowship at the National Hospital for Nervous Disease, Queen Square, London, UK.

Through his affiliation with Lovelace Scientific Resources, Inc., Albuquerque, NM, he has participated in over 50 industry-sponsored clinical trials and currently functions as Principal Investigator on a number of on-going drug research studies. Dr. Aung-Din is also active in the areas of migraine, movement disorders, and pain as they relate to neuro-active drug through a novel delivery which appears to utilize cutaneous free-nerve endings with afferent connections to CNS for therapeutic effect. As such, the general circulation and blood-brain-barrier may be by-passed, avoiding systemic effects. AfGin Pharma, LLC, a specialty pharma company dedicated to topical neuro-affective drug therapy, was founded to advance the technology.

Attesting to the novel and revolutionary nature of the NeuroDirect drug delivery technology, Dr. Aung-Din has to date been granted 13 US and foreign patents, with others pending. Four of granted patents relate to the use of CBD and other cannabinoids in humans and animals. 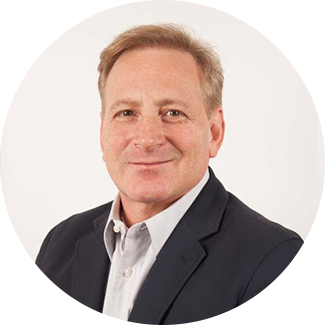 Clifford M. Davidson, Esq. is a founding partner at Davidson, Davidson & Kappel, LLC, an Intellectual Property law firm with offices in New York.  He counsels pharmaceutical clients in pharmaceutical patent-related matters, including patent prosecution, freedom to operate and infringement opinions, due diligence and tech-transfer, and litigation (including ex parte and inter partes proceedings world-wide).  He has assisted specialty pharma and drug development companies to create significant patent portfolios, and the patents he has written and the patent portfolios he has created have been recognized as creating significant value for his clients.  He has written patents covering virtually all areas of drug development, and has pioneered strategic patent focus on the pharmacokinetic profiles and the pharmacologic activity of drugs/drug formulations.  Mr. Davidson received his BS in Pharmacy and his JD from Rutgers University, and is a member of the New York and New Jersey Intellectual Property Law Associations, the American Association of Pharmaceutical Scientists (AAPS) and The Controlled Release Society (Pharmaceuticals).